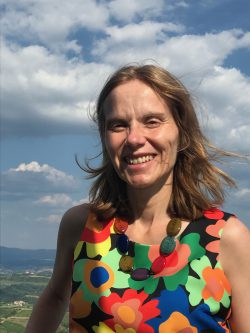 Carolina is a migrant lawyer and economist who has worked on human rights issues for more than 20 years in different countries and contexts. Her areas of specialisation are gender, asylum and migration.

Before commencing her JRS role in March 2017, Carolina was the director of a UK women’s rights organisation for six years (Latin American Women;s Rights Service), working with refugee and migrant women. She served as the National Policy and Research Director of the Refugee Council of Australia in 2006/2007.

She has also been a senior manager at the British Institute of Human Rights, British Red Cross and One World Action (now Womankind Worldwide) in the UK. She worked for the Constitutional Court and the UN Development Programme in her native country, Colombia.

Carolina is currently the chair of the women, gender and diversity group and focal point on the Global Compact for  Migration at the Asia Pacific Refugee Rights Network. Carolina has served on a number of boards related to human rights, gender, migration and refugee issues in London, Melbourne, Bangkok, Bogota and Brussels. She is currently a member of the board of the Asia Paxific Refugee Rights Network (APRRN) and the Global Coalition for Migration (GCM).

Carolina has ample advocacy experience with governments and at the UN level. She is currently a  civil society member of the Global UN Women Expert Working Group to address the human rights of women in the Global Compact for Migration and one of the co-leads of the UN Migration Network working group on regularisation pathways.

Carolina  is the mother of three boys and enjoys spending time with her family.